“Both Marija Lina Veka and Veselin Dželetović have shown extraordinary personal courage, because they dared to speak publicly – in their novels – about human organs trafficking in Kosovo and Metohija…”

Vladislav Jovanović, Diplomat, former minister and ambassador of the Federal Republic of Yugoslavia to the UN

“Veselin Dželetović shows his commitment to the fight for truth and justice in his novel “Johan’s Serbian heart”. This well-documented testimony of the suffering of the Serbian people in Kosovo and Metohija is the heart of this novel that is based on a true story. Let this book be a guide and a warning to all of us…”

“We award this special award of the “Ivo Andrić” Academy to Mr. Veselin Dželetović for his skillful building of the main character in his novel “Johan’s Serbian heart.” The main character in this book develops from a sick person on a death bed into a truly humane character who even manages to overcome death itself by helping other people…”

“This is exactly the reason why Mr. Dželetović and I have been writing about these crimes, for “it is horrible when people suffer, but it is even more horrible when no one hears about it.”

“…You can put a hundred books as the counterweight to this book, but this novel will still hold its weight on the scale, and it will do even more than that, because this is the truth, not some else’s imagination…”

“Johan’s Serbian heart” is a beacon of national awakening in the thick darkness of Serbianity. But, if we want this beacon to shine the light of revival, the book must reach the broadest possible audience.
My humble person expects from wealthy Serbian patriots in the diaspora to organize the translation of this book to foreign languages to promote it in the broadest public in their other homeland.
To conclude, I would like to emphasize once again that the novel of Veselin Dželetović is short in length but carries big messages and morale: it is a book of national awakening of its own kind.

“The poem and the novel „Johan’s Serbian heart“ raised the truth of the suffering of the Serbian people onto a platform of international rebellion against the darkest kind of villains who were killing Serbs from Kosovo and Metohija to sell their organs and make themselves rich and were not punished for that. This poem and novel with its multilayered creative force, purity of emotions, inspired new respectable authors to address this topic, to gather listeners around them and to tell the truth in the Serbian lands and beyond: from Germany, Italy, Slovenia, Romania, and hopefully, soon to Russia!”

“What particularly caught my eye when I read this novel are two completely new elements throughout this investigation, which highlight the gravity of the entire case of illegal organ trafficking, namely the connection between officials of international institutions with criminals and the fact that operations were not done in Albania.”

“Thank you brother Dželetović, thank you for your testimony, and you, my dear friend, take the novel into your hands, read it and pass it on”.

“I would like to draw your attention to the fact that there is one wonderful, amazing and exceptional, and for me, very poignant, true story that I will dedicate myself to. I will take it to determine myself and my own emotions, as I was so moved by it and I still am very emotional when I think of it, so it will take me a while, a very long time to deal with that story. It is a poem called “Johan’s Serbian heart” …

“Poets have always been torchbearers and they have always defended their people and were the bravest. The wonderful poet Veselin Dželetović wrote this great work of art, which deals with organ trafficking, and I was amazed when I read this, I read it in one breath. I was delighted. He wrote in such a poetic way about such a difficult subject, so that you do not feel threatened, but feel the need for more people in the world to learn of it. A movie should be made on this topic and our country should stand behind it. We are sufficiently bombarded with terrible films that tell the worst about the Serbian people, and this is one story that would defend us in the most humane way possible…

“With his novel “Johan’s Serbian heart,” Veselin Dželetović, a writer from Kosovo and Metohija, became known to the domestic and international public and brought to them the truth about the suffering of Serbs in Kosovo and Metohija. In this way, he was one of the strongest fighters for the truth and gave a completely different meaning to our fight against Shqiptar terrorists and NATO aggressors. His poems, novels, and especially the poem, “Johan’s Serbian heart,” have been translated into several languages, thus demonstrating in the best possible way the just reason of our fight.

“… The denouement in the novel is a testament to the remarkable writing skills, as many would say, to the literary craftsmanship, which elevated all this material to the forefront of the best literary works in Kosovo and Metohija and its scared face. There is no politicization and hatred in the novel, but there is kindness and philanthropy. And throughout the novel the good battles the evil, the man battles his shell, a form without a soul…”

The novel “Johan’s Serbian heart” will live eternally in the Serbian people, both in the homeland and in the diaspora, on all the continents of the world, as it proves that no reader remained indifferent, that it inspired everyone and built itself a home. It will remain a historical document of its times.

“…Thanks to this novel and its author, the truth slowly but surely emerged under the veil of the strictly guarded secret of the criminals and their patrons, and, for the first time, firmly on safe ground, it resurrected. Thus, the entire world has learned of the greatest embarrassment of the fallen mighty of the West and the tacit cover-up of crime organizers and perpetrators. Thank you writer Veselin P. Dželetović on the novel “Johan’s Serbian heart” because it documents a true event to the world and presents only one of the many cruel destinies suffered by the Serbs from Kosovo and Metohija …

With the book “Johan’s Serbian heart”, Veselin Dželetović built the largest monument to the suffering of Serbs in Kosovo. The reading of this book made the Johan’s Serbian heart beat in all of us, at least for a moment. It is the symbol of the strength and eternity of one nation. It is indestructible, as is the truth.

There are no reviews yet. 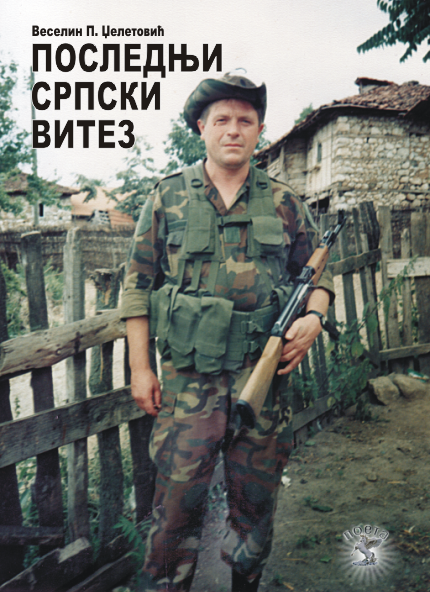 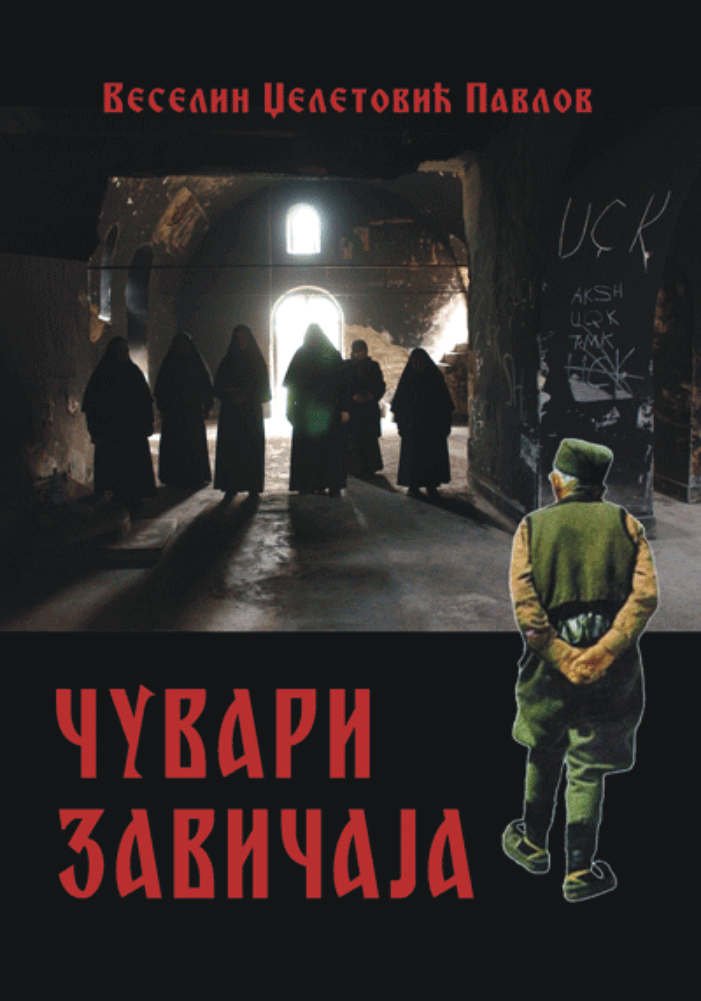 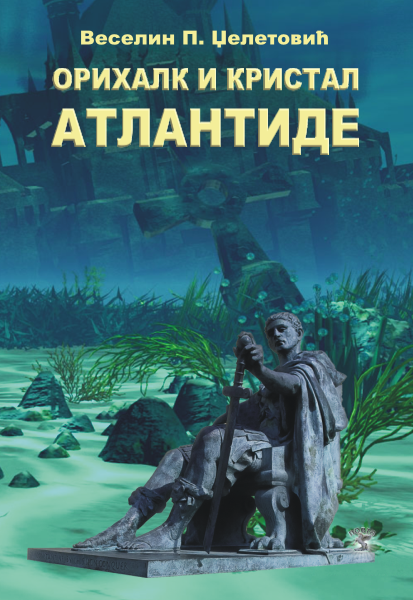 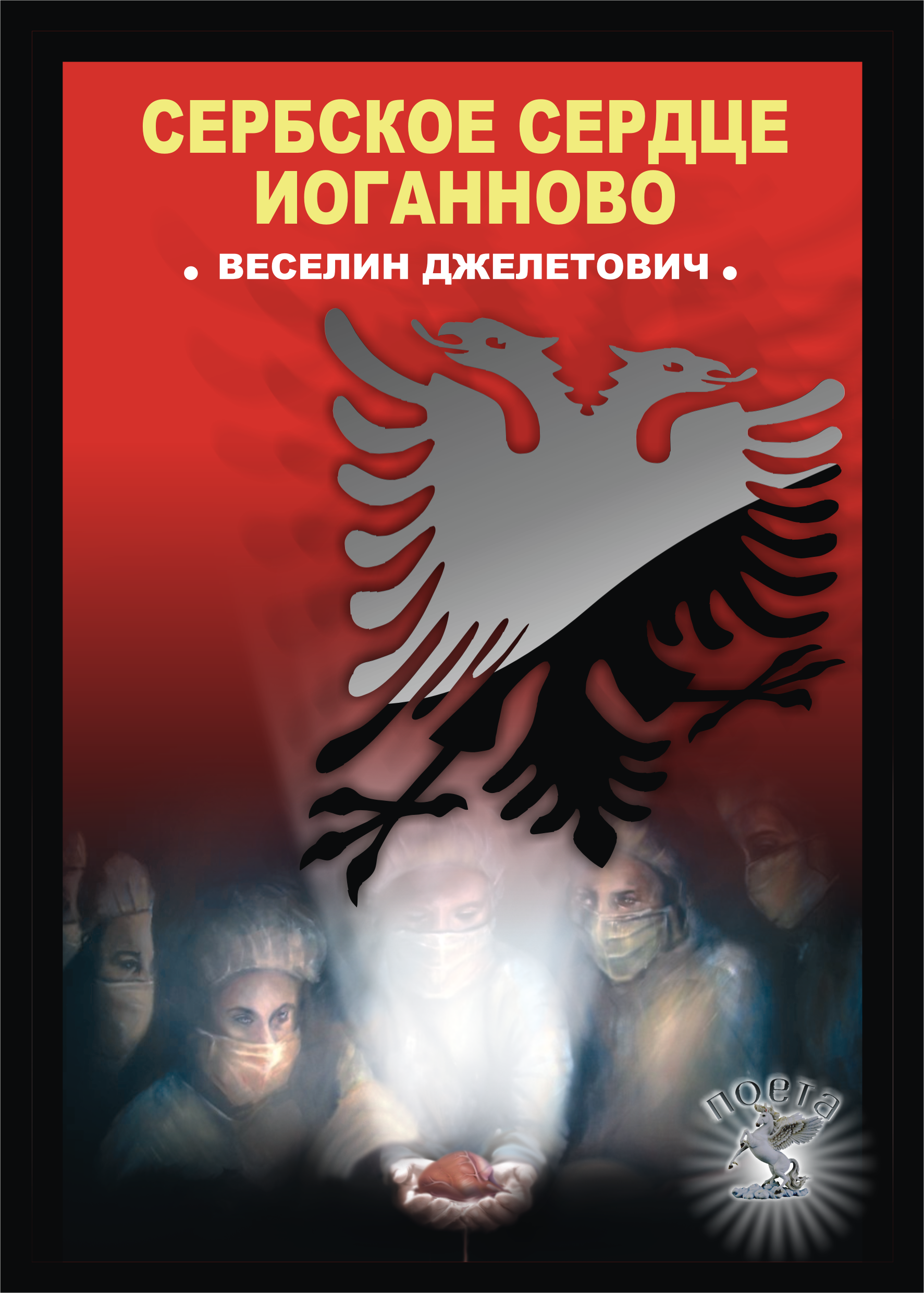 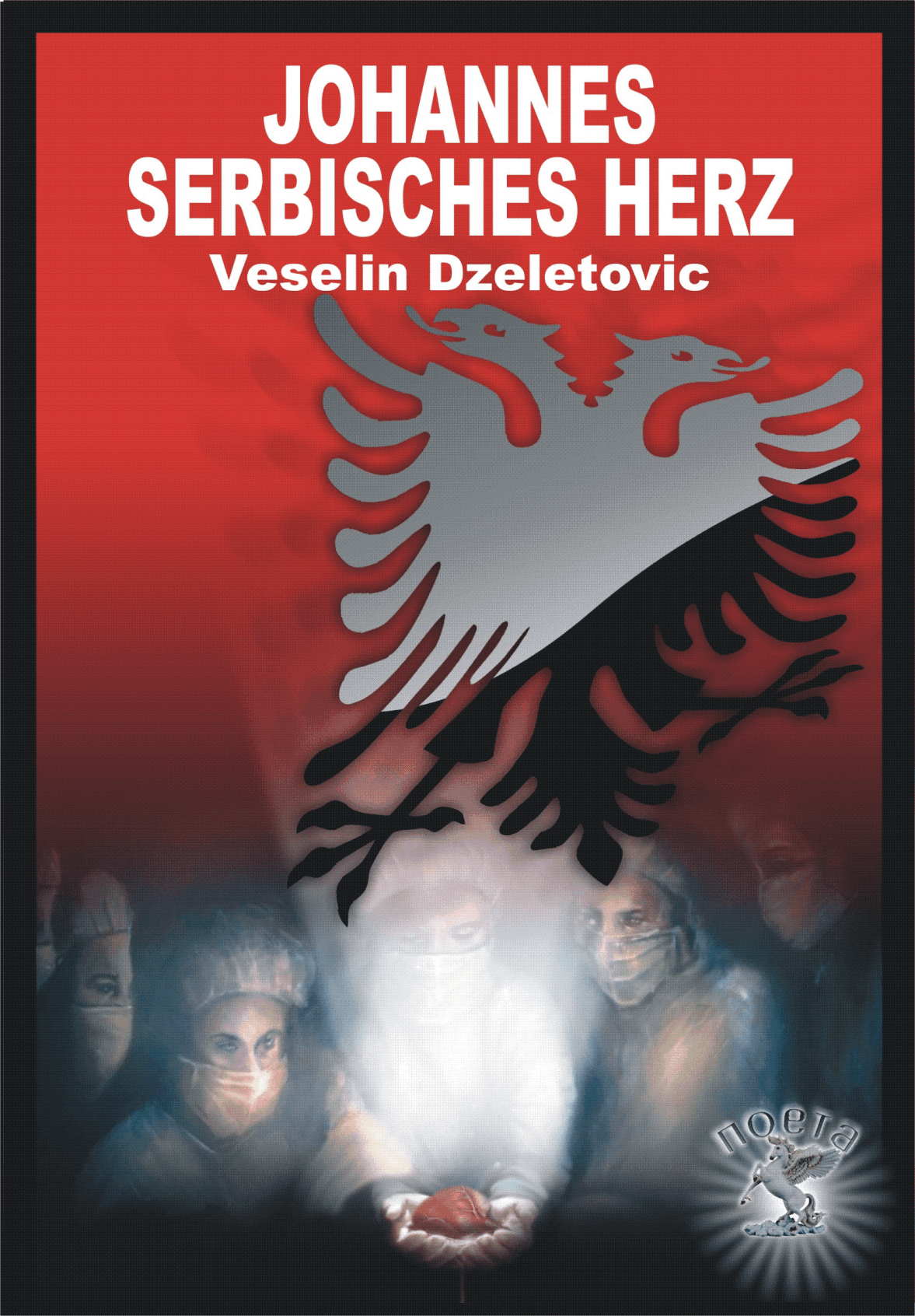 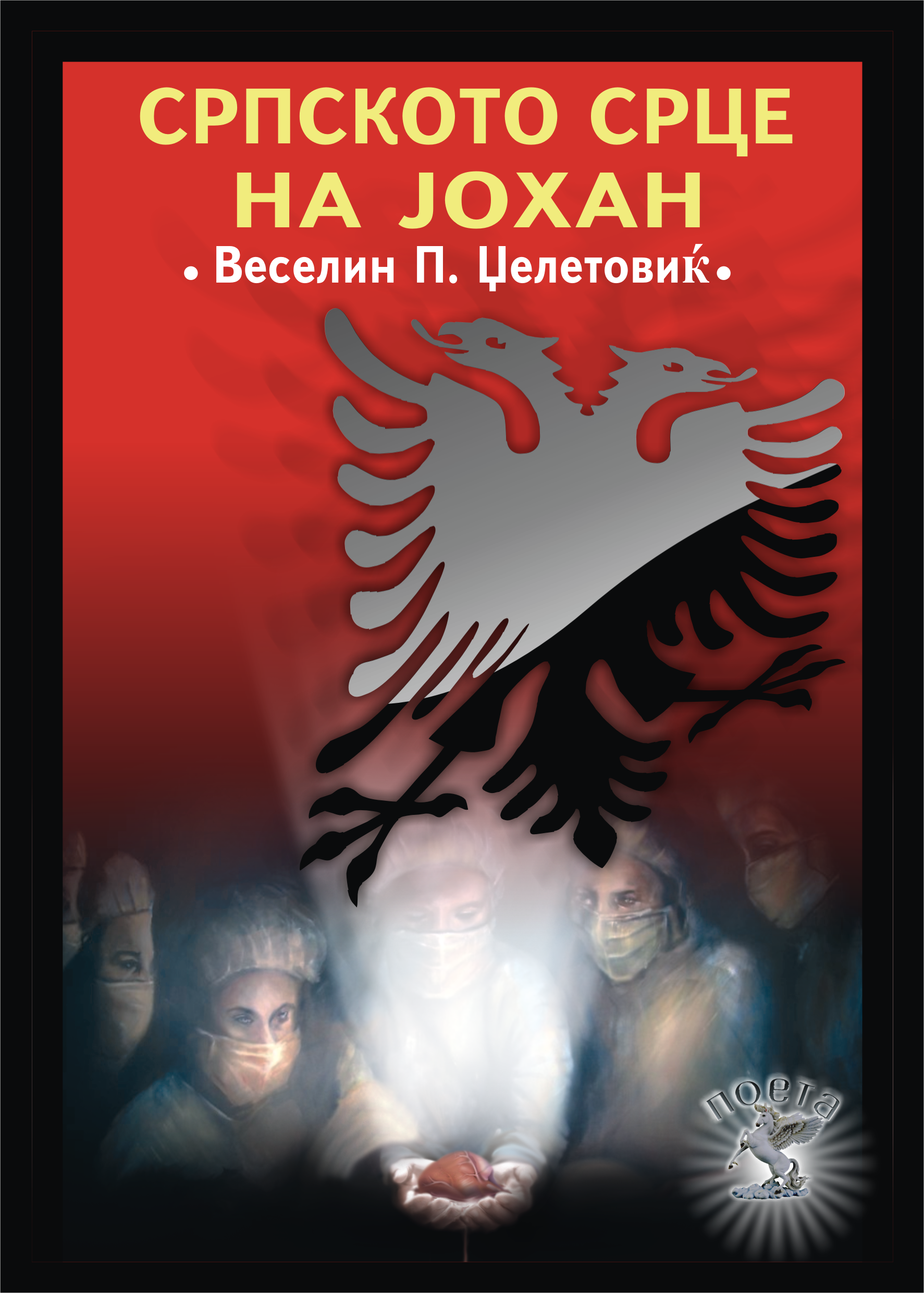 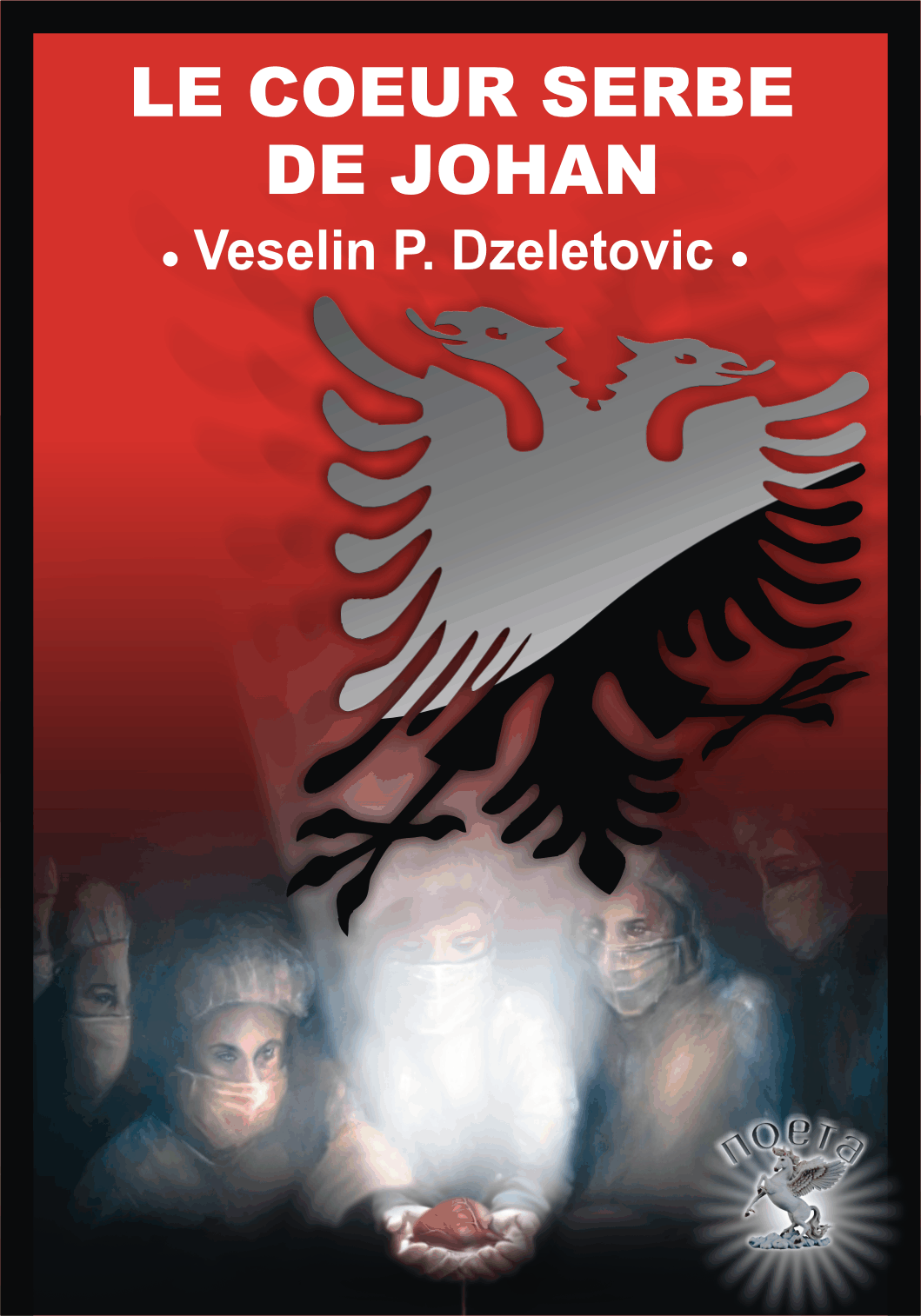 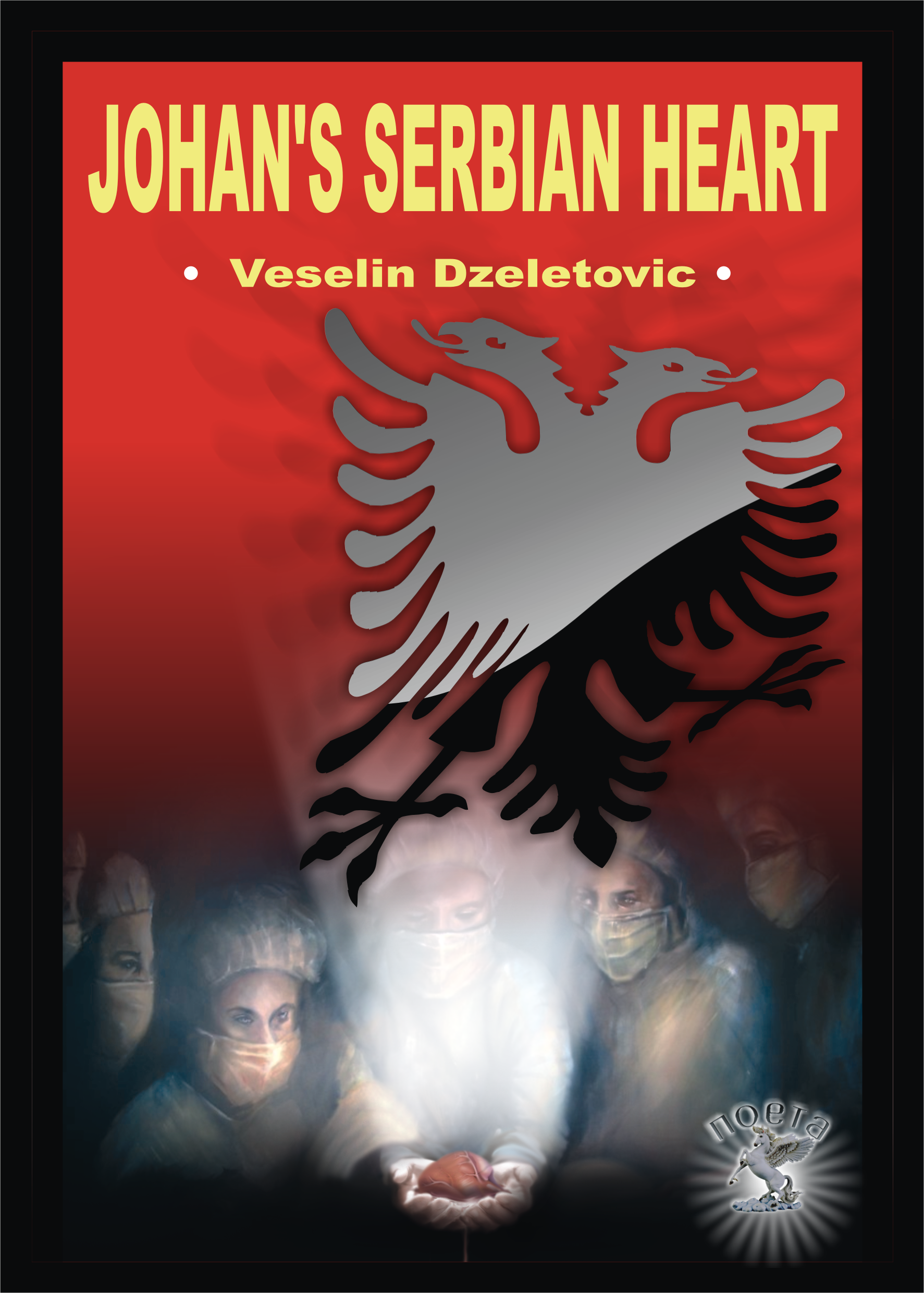 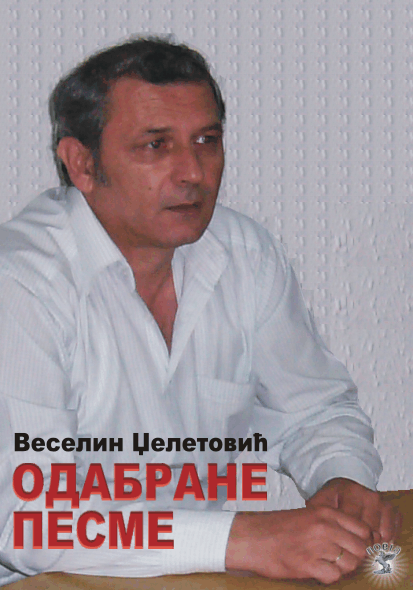 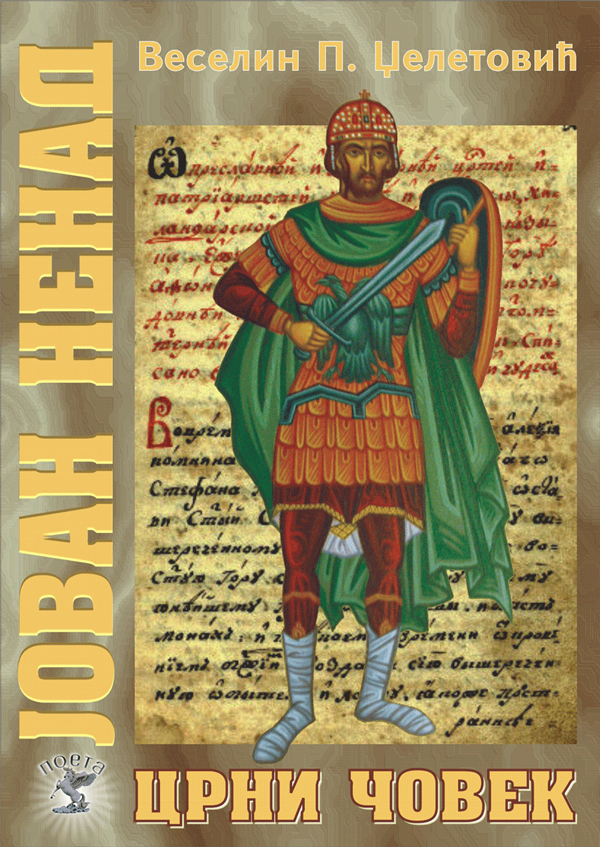